Parts of a Whole — by Mack 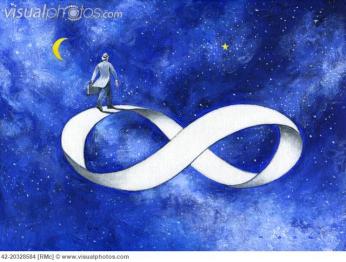 “I gotta go. I promised I’d meet my friends on the east side. They’re waiting for me.”

I’ve said those very words a dozen times. Now they’re being said to me. Katherine, with her shoe half way on, slips her index finger into the heel as a makeshift shoehorn. I reach for her wrist and lead her back to the bed. Before she has a chance to object, I soothe her with a kiss. With my tongue in her mouth she gently sucks, then releases, but not before biting my lower lip. I think she just might stay.

She breaks away. But with one part consolation, one part condescension, she cups my chin. The way someone might to a silly dog.

“You’re too much fun, you know that?” She gently slaps my cheek.

I want to say, “Please stay. I love the way you reach into my shirt from my sleeve. I was hoping we’d wake up together in the morning. I could make breakfast and you could do that thing where you hug me from behind and you rest your head on my shoulder.”

But instead I say, “It’s all good. My buddy, Ian has a thing in Williamsburg.” What else am I going to say?

“What was I supposed to say to her, Mack?”

It’s a different time and a different place. Since high school, over the last ten years of my life, I’ve played around, had fun in the city. But not Malcolm. He got a serious job, got married, had a kid, and is now getting divorced.

“She said she just wasn’t happy anymore. And I knew it, too. She didn’t lead on, but I knew it. Hell, we were still talking on the phone 2 times a day and texting all through out. But…I just had this feeling. I’m fine though. I really am.”

I want to believe that. But I can’t imagine how he could be anything but devastated.  I just want to say that thing, that nugget of wisdom that makes the world alright again. But the only thing that comes to mind are television inspired cliches. I am woefully ill-equipped to make any substantive comment whatsoever.

“So you said the horse is big, like a Clydesdale. Dark, with a white star on his nose, and is eating the flowers around the room? Well the horse represents your ideal mate.”

“Oh my gawd! This…is…so freaky!” Beth says as she puts her hand on my arm.

I’m running The Cube. It’s a personality test/game/cold read exercise pickup artists use. It’s no wonder I have no faith in marriage. If it couldn’t work out for Malcolm and Meredith, how could I ever believe it would ever work out for someone like me?

“So you probably like your guys big, but since he’s eating your flowers and they represent your social circle, I bet your boyfriends often get in the way of your friends.”

Her eyes are so wide now, they’re about to pop out of their sockets. She puts both of her hands over her eyes and throws her head back in disbelief.

“My mama, says that exact thing to me awull the ti-em!”

Malcolm is singing in front of the bar. I have no idea how he can get out the words to “Don’t Stop Believing.” I don’t care how drunk or how much of a high he gets from karaoke, after that bombshell, I don’t see how anyone can be a believer.

And I have made peace with the fact that I am kissing a married woman. She understand a part of me no one ever has before.  It’s the polar opposite of Beth. I didn’t go after Nadia, it really did just happen. But I am not thinking about the how. I’m thinking about the profound sense of wholeness I had given up on ever finding. And the nagging knowledge that it will not end well. I’ve crossed a line. I am someone who has done irreparable harm. But I keep telling myself, “I don’t believe in marriage anymore.”

Back in the bedroom with Katherine. She’s putting on her coat and pulling her hair out from beneath the collar to flop down on her shoulders. As she leaves, the light spills into the room. Katherine has a beautiful silhouette. I could be happy with her. But for some reason it isn’t happening. It’s just out of reach. Something has got to change. I give it one more shot.

“Let’s do something next week. What’s your Wednesday like?”

She peeks her head back around the door.

So something does change.

“We still talk, Mack. Hell, I still talk to her father. I’ll always love her. But more I came to understand her the more I realized I wasn’t what she needed.”

“Was she what you needed?”

Malcolm chuckles to himself.

“But the star on the nose of the horse means you won’t settle for anyone who doesn’t stand out. Like really special.”

My hand goes to her inner thigh, right in the middle of the Starbucks.

“I should go.” Nadia whispers.

But she doesn’t move. She’s curled up, cradled in my arms as I’m sitting on the floor with my back against the refrigerator. I could spend the rest of the day here. All my defenses are down. I’ve never had this before. How was I supposed to abstain from this? How was I supposed to say no? Don’t you have the right to be selfish sometimes?

Nadia finally gets up. I want to ask, “Where do we go from here?” but I’m terrified of what she’ll say.

She looks at me with profound sadness in her eyes. I know at that moment I will never see her again.

Something has to change again. I just have no idea what to do anymore.

One response to “Parts of a Whole — by Mack”